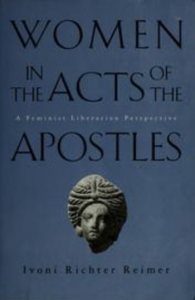 I’m quite taken with Ivoni Richter Reimer’s book Women in the Acts of the Apostles: A Feminist Liberation Perspective. This book will crop up in many of my future blogs but what caught my eye today was Reimer’s comments about “not a few of the leading women of Thessalonica” (Acts 17:4) that the apostle Paul and his side-kick Silas met in the Greek city. She writes: “Paul and Silas’s ‘missionary method’ was the same everywhere: They entered a city and made contact with the Jewish population, going repeatedly to the synagogue and preaching” (p. 245). She highlights that in Thessalonica, a city near the Roman colony of Philippi, the missionaries continued this practice. “As elsewhere, a conversion takes place in the context of the synagogue, but a special detail is the emphasis on a particular social group: not a few of the ‘leading women’ join Paul and Silas” (p. 245). This is not the first instance of notable women’s attraction to the teachings of Jesus in the context of a synagogue. Note that at the time of the writing of Acts, the complete divergence between Christians and Jews had not yet occurred. 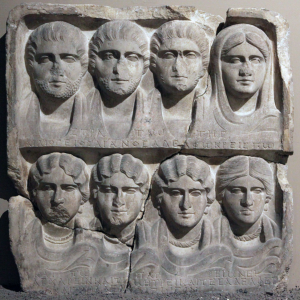 Throughout Greek literature contemporaneous with Acts, the Greek term “leading” refers to “the highest level of society and implies political power and a display of wealth” (Arlandson, p.158). The newly converted women in Thessalonica were therefore “wealthy, powerful, and enjoyed a high measure of political power and social prestige” (Arlandson, p.158). Wealthy women in the first century Roman Empire often controlled their own money, as allowed by law.

Financial independence brought them social freedom and leisure time, allowing them to participate in political and religious offices. A number of first century writers note that prominent women participated in a variety of religious cults, particularly in foreign religions from the East. “Such women had the resources and perhaps the necessary personal autonomy to join a new religious movement,” (Kraemer, Women in the Scripture, p. 465). From stone inscriptions we learn that they often donated vast sums to civic organizations, religious institutions and building projects. Though Acts 17 doesn’t spell out the leadership duties of the leading women of Thessalonica, it is very likely that they held positions of authority in early Christianity, just as their female contemporaries did in other foreign religions throughout the Roman Empire.

Reading about these leading women reminded me of my time in Thessalonica (now known as Thessaloniki). Flying in from Athens, my sister and I disembarked from the airplane and almost the first thing we heard was Hebrew! That should have been a clue, but I was too astounded to begin to understand what that meant. So we proceeded through the ordeal of renting a car that was given to us without gas and the engaging task of finding our way to our hotel where there was no parking.

My main focus was continuing on to Philippi as soon as possible. I hadn’t done much research on Thessalonica except that I knew it possessed a Jewish Museum. I try to never miss one of those wherever I’m traveling; ask anyone I’ve dragged along with me. After dropping our bags off at the hotel, we had enough time try to find the Jewish Museum. In hindsight I can say that we got close. We saw posters for it, but that didn’t really count. Wending our way back to our room we happened upon the 4th-century Rotunda commissioned by the Roman emperor Galerius as part of his palace in Thessaloniki. Nearby is the impressive Arch of Galerius. Well and dandy, but way after the biblical period. (Read: I wasn’t too excited about these monuments.)

However, as my sister and I walked around the exterior of the Rotunda, we found gravestones inscribed with Hebrew and Jewish symbols scattered like abandoned children’s toys. This was my second clue, but I was still clueless. 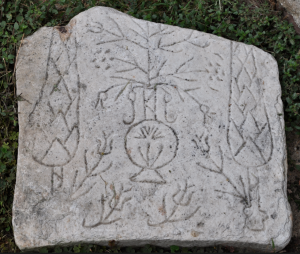 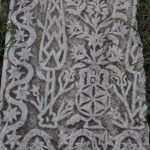 After visiting Philippi the next day, we drove back to Thessaloniki and made another attempt at finding that dang Jewish Museum. We found the posters again. Woohoo. Defeated, we headed back to the café where we’d drowned our sorrows the previous day. Considering myself to now be a loyal customer worthy of posing stupid tourist questions, I asked the employees where the museum was. Nobody spoke English but through gestures I figured out that their English-speaking owner would arrive in a half hour. Yeah, I’m really good at the non-verbal communication thing. In Israel and Italy I’ve had lengthy conversations with others without uttering a word. When the owner arrived, we discovered that we had not walked far enough down the street. How pathetic was that? We promptly scuttled down the said street and entered an elegant museum just before it was ready to close. This would be a recurrent theme throughout our trip. 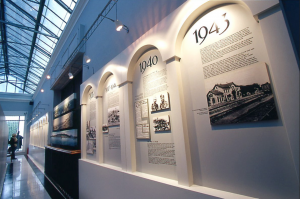 The museum blew me away. In the imposing building that once housed the Jewish newspaper L Independent, I learned that a huge Sephardic (Mediterranean Jewish) population had flourished in Thessaloniki after being expelled from Spain in 1492. The city provided a tolerant atmosphere where the new settlers flourished with their knowledge of Renaissance medicine, science and other skills. The city became known as the “Mother of Israel” and housed a number of Jewish institutions. By 1940 the Jewish cemetery held 500,000 tombs. With the arrival of the Nazis, 49,000 Jews of Thessaloniki were shipped to the German death camps of occupied Poland. The cemetery suffered a great deal of damage at the hands of the anti-Semites.

Today Thessaloniki is a pilgrimage site for Jews across the world, especially to the renowned cemetery. Follow this link if you want to know more: http://www.jmth.gr/web/thejews.htm 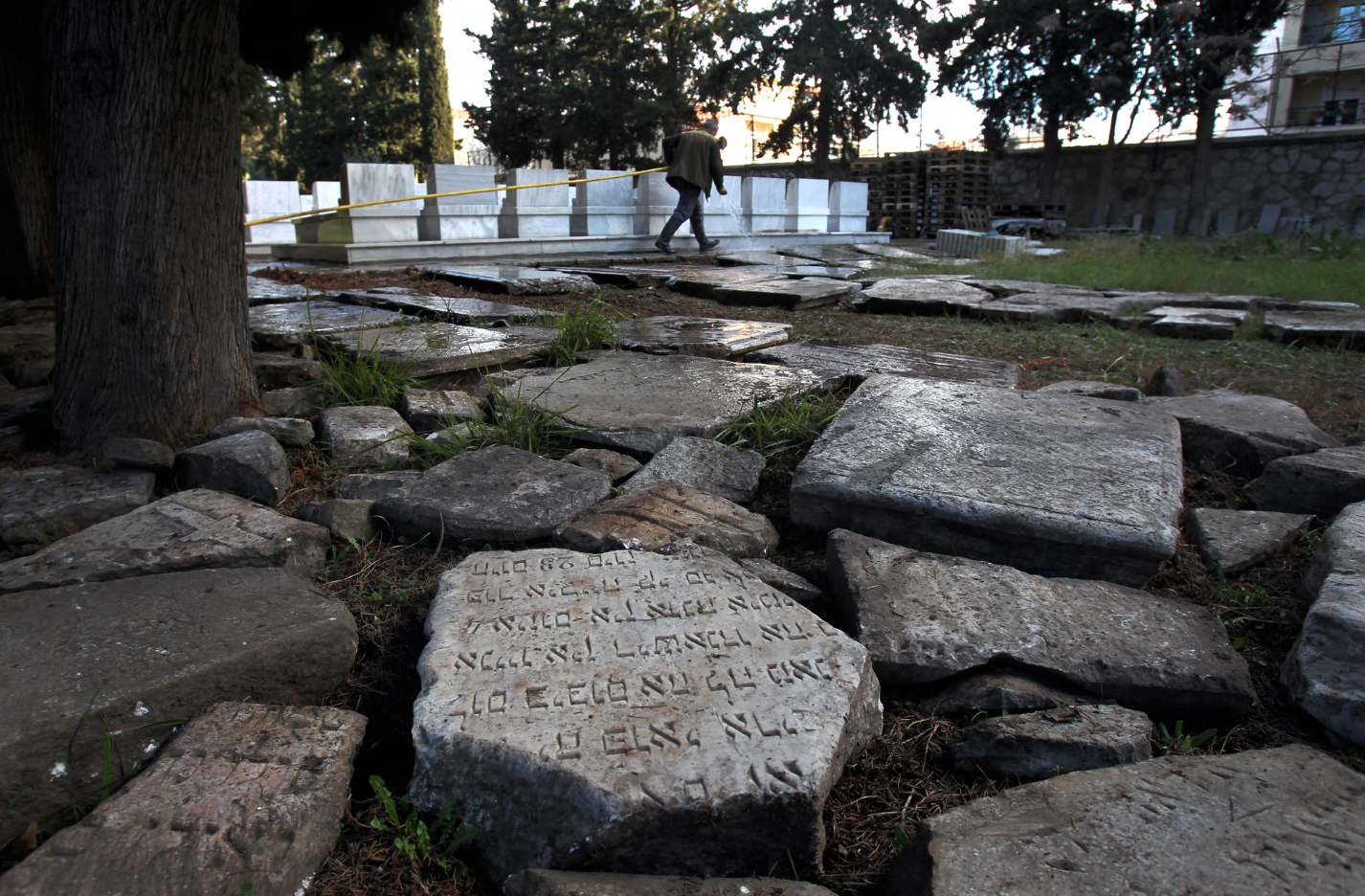 So to bring this full circle, I have to tell you that some of those Hebrew speakers we overheard in the airport were also at the museum! We could have followed them the whole time and probably would have had a profound engagement with Jewish history. Or perhaps everything worked out just as it should have.

Arlandson, James M. – “Lifestyles of the Rich and Christian: Women, Wealth, and Social Freedom,” in A Feminist Companion to the Acts of the Apostles. Amy-Jill Levine and Marianne Blickenstaff, eds. (London: T & T Clark, 2004) 155-170.

4 thoughts on “The Leading Women of Thessalonica”