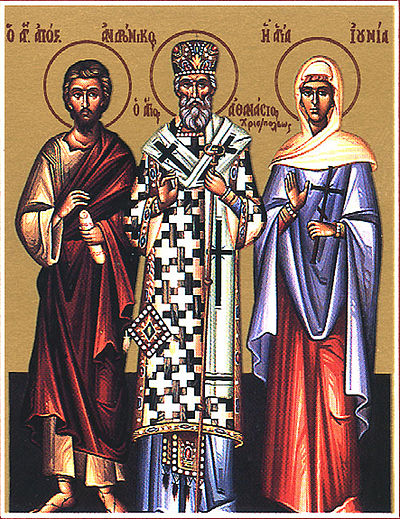 How do we know if Junia, the only named female apostle named in the New Testament, was actually a woman?

For my Jewish friends, this may not be a question keeping you up at night. But if you knew that most of the women of the Christian Bible considered themselves to be Jewish, and that many of them held positions of leadership in the early church, and then you discovered that their very existence was covered up, perhaps you’d have a few moments of insomnia. This is an injustice in Jewish as well as Christian history.

Her true identity makes a big difference in the debate over whether women should currently hold positions of authority in the Catholic and many Protestant denominations. This subject has real consequences in the real world.

Most Christians I meet have never heard of Junia and when I tell them that she’s in plain sight, sitting there quietly in the New Testament (Romans 16:7), they run to their Bibles to have a look-see. Then it gets weird and confusing. Some translations use the male form of the name: “Junias.” Others do not. Some bibles reference the two names using footnotes. None of them explain what’s going on here. So was Paul talking about a woman apostle or not?

It’s time to answer this question once and for all. In preparation for writing my historical novel Junia: The Forgotten Apostle, I read everything I could lay my hands on regarding the biblical figure. After careful analysis, I came to the conclusion that her name had been altered. I also discovered a blog that describes how this change in translation came about. It’s the easiest evaluation of the facts that I’ve run across. I highly recommend following Brant Clements’ six part series outlining the deception. He also provides a comprehensive list of which bibles use the latest research with the correct spelling and which do not. Each section of the series is fairly short and to the point so don’t be scared. Go ahead click the links below. You’ll be glad you did.

5 thoughts on “Junia Gets a Sex Change”