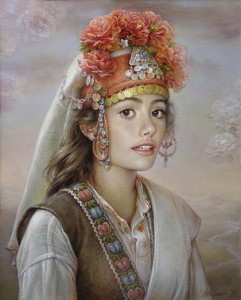 In their analysis of Genesis 34 most commentators  assume that Dinah was raped by Shechem, the local Hivite prince. Feminists use the story as the textbook example of what is wrong with patriarchy. In addition, Genesis 34 also records the massacre of the Hivite people by Dinah’s brothers in retaliation for the way in which they perceived Shechem had treated their sister. Even today, some ultra-orthodox Jews claim the brothers as heroes for cleansing the land of the Canaanites and look to the narrative as a model for “solving” the current Palestinian “problem.” END_OF_DOCUMENT_TOKEN_TO_BE_REPLACED