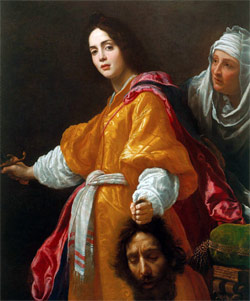 In this retelling of the classic biblical story of Judith, the beautiful young woman single-handedly saves her people from annihilation by the Assyrians, the greatest political and military power on earth. During the reign of Sennacherib (705 BCE – 681 BCE) the Jews refuse to abandon their God to worship the Assyrian monarch as demanded by the king’s general, Holofernes. As the last fortified city defending the road to Jerusalem and the sacred Temple, Judith’s hometown of Bethulia becomes the stage for an epic battle between her faith and General Holofernes’ force of over 100,000 warriors.