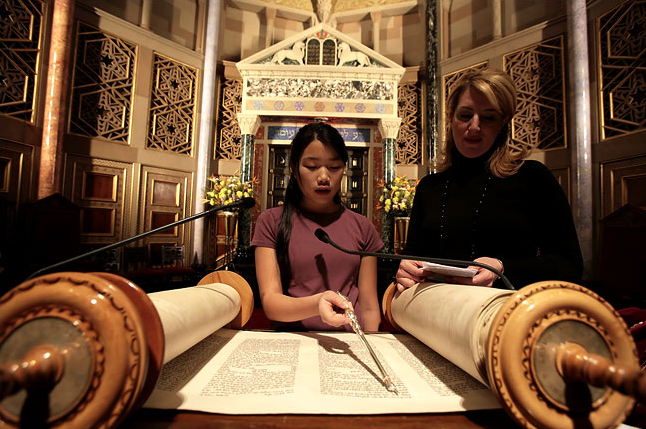 As a Jewish woman reading Christian exegesis about the New Testament, I’m often struck by the anti-Semitism of the writing, even from the most scholarly and well-educated. I’m sure it’s all unconscious, but never-the-less, it’s pervasive. In my reading of Christian hermeneutics, I’m told that Jesus always treats women better than those Jews did. Paul gives women leadership roles for those poor women who’d been shut out of the Jewish religious system. Etc. This topic has been discussed a great deal over the years, and undoubtedly I’ll come back to it myself. Many of my Christian sisters have not come to an understanding of what their insistance that Jesus was a feminist really means to Jewish readers.

There are lots of ways of viewing Jesus, but “feminist” isn’t an appropriate label for him. He adhered to the general images of women and social practices of his day.

Kathleen Corley exposes “the myth that the behavior and teachings of Jesus established an unprecedented and revolutionary model for the full acceptance of the personhood of women, reversing earlier and stricter Jewish codes which defined women as mere chattel” (Corley, p.52)

Judaism was not monolithic. First century Israel hosted a wide spectrum of Jewish practices and beliefs. Many Jews saw women as powerful, integral members of the economic and social system. Archaeology tends to back this up, based on the high praise given to women inscribed on stones amidst the ruins of ancient Israel.

Many Christians believe that women had no voice in the Jewish religion, no standing in the synagogue, no leadership in the Jewish community. They vigorously argue that Jesus liberated women from the oppressive law-based religion of the Hebrews. On close examination, we learn that Jewish women in the first century of the common era, as well as prior centuries, were afforded a great deal of authority, honor and rights.

Inscriptional, archaeological, and historical commentaries leave no doubt that women actively participated in religious life, in addition to other public expressions of their autonomy. For example, later rabbinic sources (Megilla 23a and 24a) state that minors and women can be counted among those who can read the Torah (Hebrew Bible, aka, Old Testament) aloud in worship. [There are contradictions in the Talmuld about this and if you want to go there, my wrestling mat is ready]. After reviewing the whole array of physical and literary evidence on the subject, the biblical scholar Bernadette Brooten states that “the rabbinic inclusion of women in the quorum…attest to a more ancient tradition, later suppressed, according to which women were allowed to read from the Torah in public” (Brooten, p.94).

That’s just one example of how Jewish women participated in the religious life in the first century. I could go on about their patronage of religious movements, their participation as benefactors and funders of public building, their role as leaders of synagogues, etc. I highly recommend Bernadette Brooten’s book, Women Leaders in the Ancient Synagogue for very thoughtful analysis of the evidence.

And it wasn’t just the Jewish women who held significant influence in society, but also their Roman counterparts. This is described well by Bruce Winter in Roman Wives, Roman Widows. I’m not saying Jesus was a bad guy because he wasn’t a feminist rights activist. In my rendition of Jesus in my novel Junia, he’s a really great guy. However, he didn’t start a revolution as a radical feminist because he included women in his ministry. Lots of movements included women, for example, the Jewish Therapeutae, the Pharisees, the Cynics, the Pythagoreans, the Stoics and the Epicureans. All I’m saying is that women of the first century had a lot more freedom and clout than we’ve been led to believe, whether they were Roman, Jewish or Christian.

Murphy, Cullen – The Word According to Eve: Women and the Bible in Ancient Times and Our Own (Boston: Houghton Mifflin, 1998)

Nakhai, Beth Alpert – The World of Women in the Ancient and Classical Near East (Cambridge Scholars, 2008)

Safrai, Shumel – “The Place Of Women In First-Century Synagogues: They Were Much More Active In Religious Life Than They Are Today,” Priscilla Papers 16:1 (Winter 2002)